Home » Auto » Why the Rush? Toyota's new Compact SUV Sets itself Apart from the Rest

Why the Rush? Toyota's new Compact SUV Sets itself Apart from the Rest 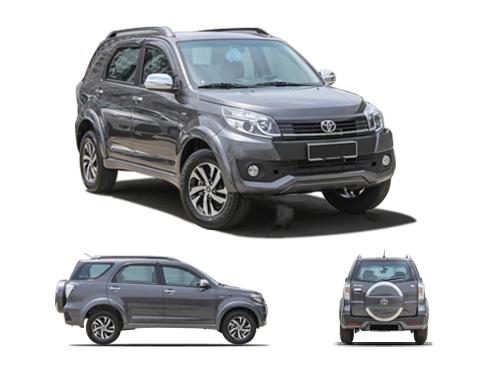 Toyota Rush is an SUV that has been long awaited and it is that one car that holds a lot of promise. It has launched at a very reasonable price. It has all that a South African family might require.

This car surely revives the cherished memories of South African travel cars namely the Daihatsu’s and the Condor.


Toyota Rush is the best when it comes to the traumatic climate of South Africa. It has all to curb their needs. For the South African families who want something to drive around the rural areas and yet set them apart, this is the right car. It is not just a mini-fortuner but is a lot more.

This car is a third generation Terios which has a vast Toyota’s network, which brings a peace of mind while buying or driving this car. It has qualities of both the tested and renowned brands. This is also a pocket friendly and an affordable car which makes it a family vehicle that has a tough rugged framework, great sized cabins and great style.

Let’s see what all does it have to offer which sets it apart from others.

The Toyota rush is quite big by size as compared with the normal SUV standards. It is of 4435mm and is shorter in length than the Honda BRV but is longer than any other prevalent SUV. It is comparatively taller than all the other prevalent cars and also has a larger wheel base.

This amazing car is packed with multiple features. First of all, it is a seven seater with great comfortable seats. Along with that it has touch-screen entertainment system, push button starts as well as LED head lights and tail lights. It also has the additional features of climate control. It additionally comprises of a smart entry system, allow wheels, built-in roof rail, double folding seats and all types of accessible sockets. The key feature in this car is, that all the seats are well-equipped with sockets to charge phones and devices. What is amazing in Toyota Rush is that, it can hold up to thirteen bottles and has compartments for the same.

Internationally this car is available in a 1.5-liter petrol engine variant. It is good for about 104PS of power and near around 136Nm of torque. There is also an availability of five speed manual gear box or a four speed automatic transmission box.

Having a rear-wheeled car has a lot of benefits, the primary benefit is incline traction. When a car moves up a steep mountain or some unruly surface, the weight of the car shifts to the rear part which gives it a tremendous amount of traction, most importantly on the loose surface which has gravels.

When it comes to Toyota Rush, it is also a front-wheel car. This features reduces the traction to a great extent. Even when you fully load the car with luggage and passengers, the car will start unweighting the front-wheel as soon as you start to drive which helps in reducing the traction. So by both ways the car is able to reduce the traction level.